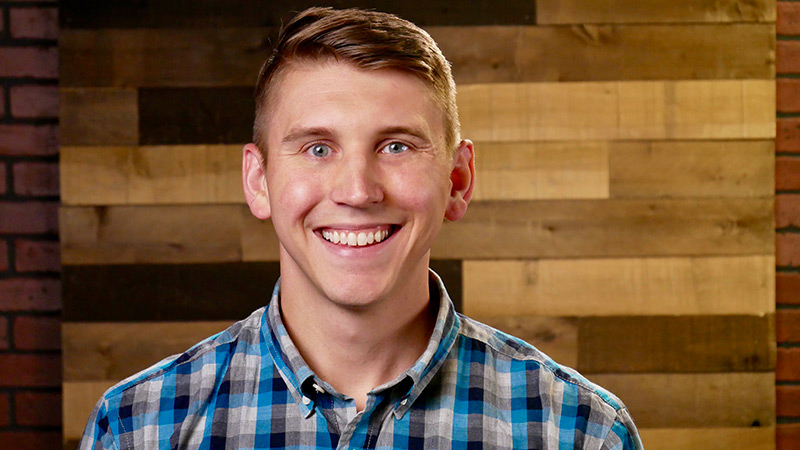 Preaching, Teaching, Vision, Chairman of Board

Caleb began serving as the Lead Pastor at Highpoint Church in July of 2019. Caleb has extensive ministry experience with a wide range of ages and cultures. He is a fourth-generation minister and has been serving in ministry since he was a teenager. Caleb has served in various roles with Youth Summer Camps, Youth Alive, and Adult Ministries. While completing his B.A. in Church Ministries from Southwestern Assemblies of God University, Caleb was hired as a Student Pastor and served in that role until he was called to go plant The Link Church in Boston MA. He served as the Lead Pastor of the Link Church overseeing its inception and steady growth for five years before joining the Highpoint team as the Associate Pastor and member of the preaching team. He and Morgan McNaughton met while Caleb was preaching at Morgan’s college in early 2012. They fell in love, and a year and a half later, they were married and working in full-time ministry together. They have three little boys Micah, Judah, and Levi. Caleb enjoys working out, sports, and exploring the outdoors.
Read Bio 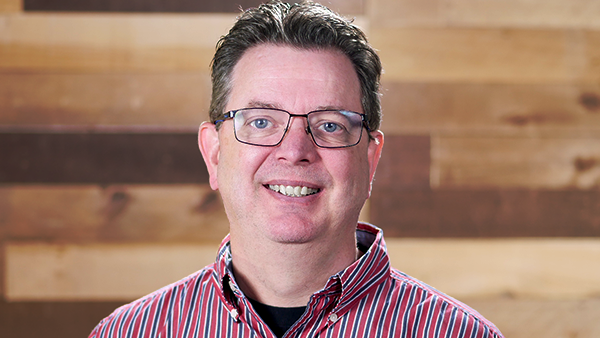 Karl began serving as the Children’s Pastor at Highpoint Church in August of 2017. Karl gives executive leadership to the children’s ministries of Highpoint Ministry Group. He has a passion to reach, teach and release kids to impact their world. Karl graduated from Moody Bible Institute and received his Master’s in Children’s Ministry from Trinity Evangelical Divinity School. Since that time, he has become a recognized leader in children’s ministry and was recently named one of the Top 20 Influencers in Children’s Ministry by Children’s Ministry Magazine. Karl founded Kidology.org, a non-profit ministry that coaches, equips, trains, and encourages children’s ministry leaders all around the world. As a children’s Pastor, he brings faith alive in creative and energetic ways through technology, puppets, magic, balloons, and other crazy methods. Karl enjoys hiking, photography, solving Rubix cubes, and admitted to being a Star Wars geek. His wife Sara, enjoys crafts, going out with friends, and being a helper to Karl in ministry. Their son Luke, loves Legos, Minecraft, and his dog Teddy.
Read Bio 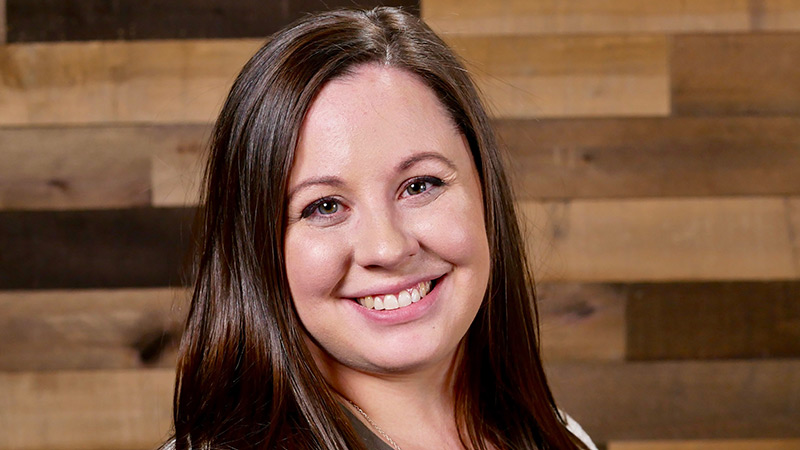 Nicole began serving as the Worship Leader for Highpoint Church in 2016. Nicole spent her early years in Northern California until she moved to Colorado in 2002. She met her wonderful husband Gio at Highpoint, and they got married in 2014. Nicole has a passion for worship and cultivating an environment where people can experience the presence of God through music. Nicole and Gio have 1 little boy, Geno and enjoy camping, watching the Broncos, and spending time with family, friends and their boxer pup Bella. 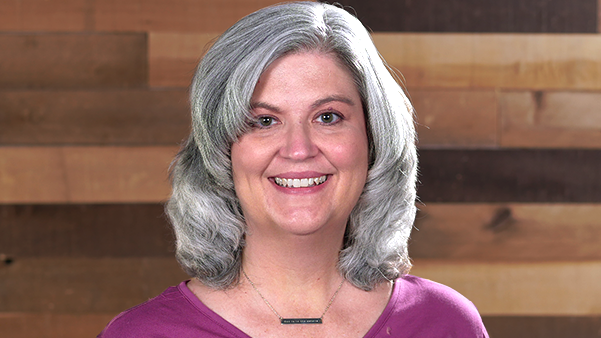 Kim began serving on the administrative team at Highpoint Church in August of 2019. Kim has a Bachelor of Science in Accounting and extensive experience in accounting and business administration for non-profits and corporations. Kim also attended Southwestern Assemblies of God University before getting married where she started a degree in Counseling Psychology. Kim met her husband Jeff in the youth group of Aurora First when they were 14 years old. Jeff & Kim have three children. Her family has attended Highpoint Church for over 30 years, back when it was Aurora First. Kim’s family volunteers in many ministries at Highpoint and loves to give back where ever they can. Kim has a passion for spreadsheets and making sure things run smoothly. Kim & Jeff enjoy camping and having family time. 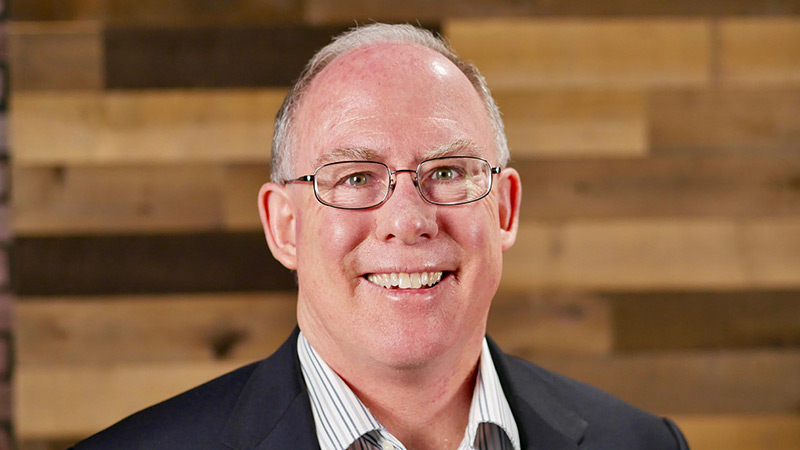 Teaching Team, Power of Three Plus

Charlie Self is a minister, author, scholar and theologian. His ability to frame culture in a Biblical and historical context has made him a popular speaker and talk radio personality.

As a member of Highpoint’s teaching team, Charlie will be teaching the quarterly Trailblaze series that seeks to give practical tools to live out one’s faith in a world torn by ethnic, political and violent conflict. Charlie and Kathleen (a professional artist) are celebrating 34 years of marriage and have three adult children. 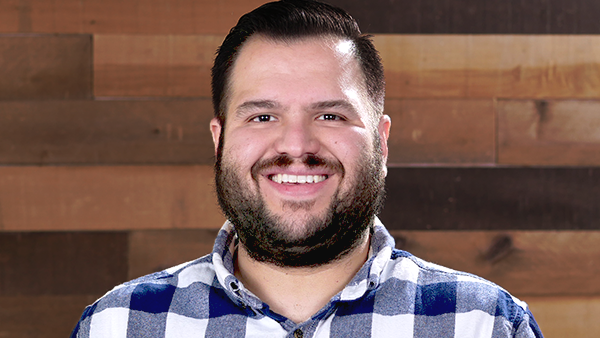 Isaiah began serving as the Creative Director at Highpoint Church in March of 2021. Isaiah received his ministry training through Master’s Commission in Chicago, IL, and Greeley, CO. Before serving at Highpoint Church Isaiah served for over 15 years in several ministries with responsibilities including youth pastor and creative art director. Through the different ministries that Isaiah’s served in, he developed the skills and passion for multimedia. Isaiah and his wife Kayla have been married since 2021. Isaiah loves movies, Playstation, and a great story. 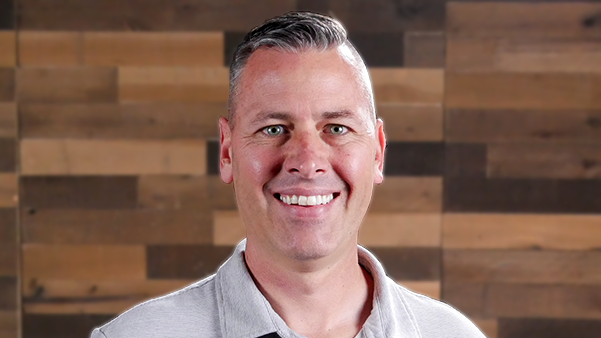 Jason joined the Highpoint staff as our Next Steps Director in 2021. Jason and his family have been attending Highpoint Church for over a decade. During this period, he has served in various ministries throughout the church and on our Deacon Board.

His professional background includes executive level business and leadership experiences. Jason holds a bachelor’s degree and MBA from Colorado State University. He also has a degree in Instrumentation and Controls from San Juan College. Jason is currently taking correspondence courses through Global University with the goal of obtaining his ministerial credentials through the Rocky Mountain Ministry Network–Assemblies of God District Council.

Jason has a passion for connecting people to the life of our church and discipleship. You’ll often find him encouraging teams and individuals around their next steps. He also loves pioneering new ministries, overseeing, and training.