A Different Kind of King on Palm Sunday

A long-kept desire of the people of God has been, and continues to be, the desire for a perfect king. Israel begged God for a king until he relented, and they ended up with King Saul—a fearful, wayward, usurper of God’s authority. To say that he was a disappointment to the people would be an understatement.

From the time of King Saul (about 1,000 B.C.) all the way up to the days of Jesus, Israel continued in their quest for the perfect king. Over time, the picture of the ideal king changed as Israel faced God’s judgements and the dominance of other world powers. But one thing remained the same—they could only imagine a king with power that was limited to the present. They cared more about a king who could overthrow Rome, or whatever world power, than they cared about a king who was good, who was worthy before God, who was righteous enough to command ultimate allegiance.

God had a different kind of king in mind. The prophet Zechariah foretells of the coming king as one who comes from a lowly state, proclaiming, “Rejoice greatly, Daughter Zion! Shout, Daughter Jerusalem! See, your king comes to you, righteous and victorious, lowly and riding on a donkey, on a colt, the foal of a donkey.” (Zech. 9:9) God, speaking through Zechariah, cares about a king who is “righteous” and able to lead in perfection.

The people of Israel are blind to see the kind of king God has been preparing for them. John’s gospel tells us that when Jesus rides into the city on Palm Sunday, the people quote 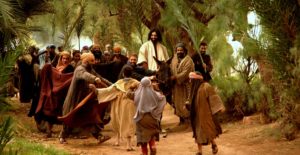 Zechariah 9:9, “The next day the great crowd that had come for the festival heard that Jesus was on his way to Jerusalem. They took palm branches and went out to meet him, shouting, ‘Hosanna!’ and ‘Blessed is he who comes in the name of the Lord!’ and ‘Blessed is the king of Israel!’ Jesus found a young donkey and sat on it, as it is written: ‘Do not be afraid, Daughter Zion; see, your king is coming, seated on a donkey’s colt.’ At first his disciples did not understand all this. Only after Jesus was glorified did they realize that these things had been written about him and that these things had been done to him.” (John 12:12-18)

The people hoped Jesus would become king and a strong military leader, one who would take Rome by storm and liberate the people of God from an oppressive tyranny. Of course, Jesus came to liberate but on a much more personal level. Jesus, the Perfect King, was righteous and holy, making his sacrifice on the cross a true act of liberation from bondage and sin. While his contemporary followers could only see the immediate future, Jesus was the king who came to redeem all past, present, and future calamities by initiating the restoration of all things to God’s intended purpose. Jesus was a different kind of king; the king God’s people truly need. 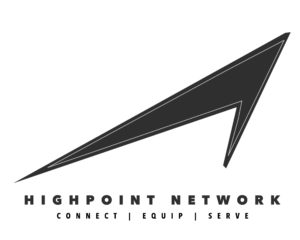